How To Feed A Rabbit

Boy Howdy, has it been a long time since I have blogged.  I anticipated as much though.  My time is very short in the summer, as I think I mentioned the last time I blogged.  With the Great Landscape Redesign decided upon, I spend most of my free time outside busting ass in the summer time.  I'll give you one example of that ass-busting today.  Here is my secret technique for feeding rabbits.

First find a nice spot to dig a hole. 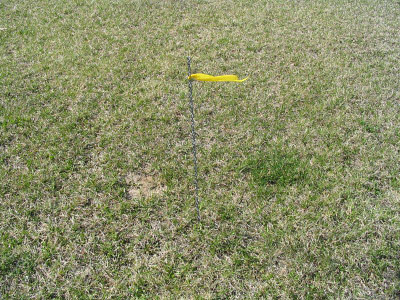 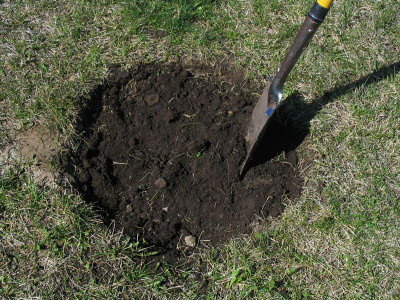 But life isn't always easy.  You might hit the odd rock. 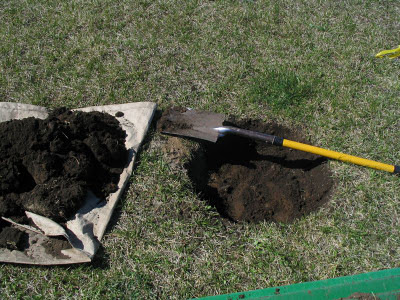 It might take a bit of effort, but you'll get that rock out.  Aren't those little bunnies worth it? There might be more than one rock.  Don't start slacking off now! 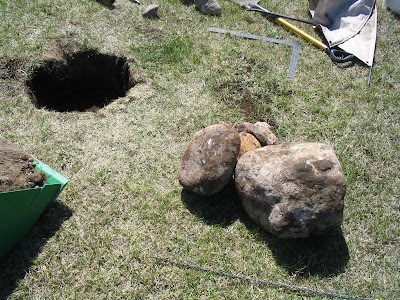 Now get your ridiculously expensive tree planter out of the garage.  Head on out to the garden and set it up around one of the trees that you have been nursing since it was just a couple inches high (the tree only took five or six years to get this size: it all went by in a blur, really). 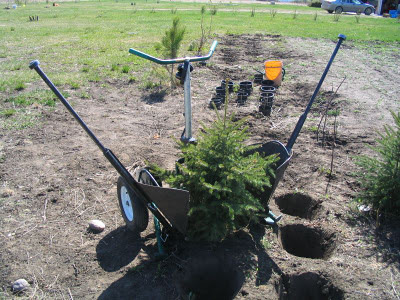 Now take that sledge that shows up on the left side of the tree planter.  Lift it up and drop it down to drive the tree planter spades in to the dirt.  The sledge weighs something like 35 pounds, so hopefully you ate a good breakfast this morning (feeding rabbits is no job for wimps!).  By the way, you better hope that there aren't any rocks that the spades of the tree planter will hit as you drive them down.  Otherwise you'd have to dig those rocks out from under the spade so you get enough root and the tree doesn't die on you later.  Boy, wouldn't that be a miserable job (ask me how I know). 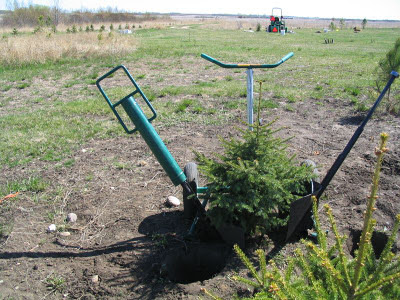 OK, now that the tree is dug out, it is time to cart the tree over to the hole we dug before.  My, there sure were a lot of rocks that had to be dug out of that hole. 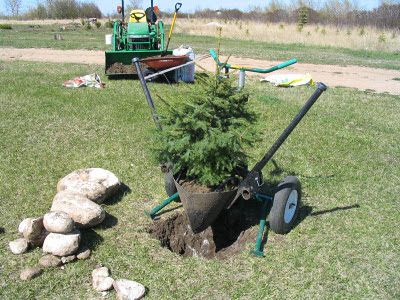 The tree isn't going to grow in all those rocks you dug out.  You're going to need good topsoil to fill it in, but where do you get the topsoil from?  Good question.  You can't dig it out of the garden, or you are just shooting yourself in the foot.  Best to spend a pile of money to get a truck to bring some in.  But what is the right amount to get trucked in?  Well, considering that you are going to need a lot of dirt for all the other projects you have going on, that you live out of town, and that mileage makes up a significant proportion of the costs, you might as well get a semi-trailer load full.  That is 20 square yards of dirt.  Let me tell ya, whoever coined the phrase "dirt cheap" had no idea what the hell they were talking about.  But think of the bunnies!

Fill in the hole with some proper topsoil. Add a little water.  And prayer. 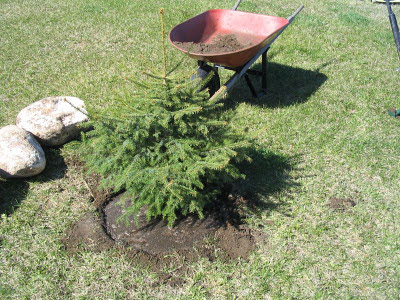 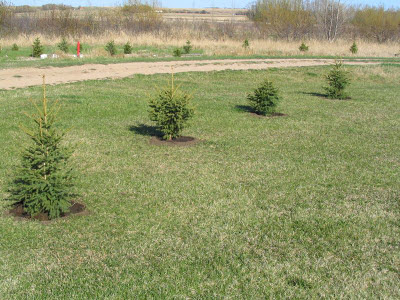 Now do a bit of cleanup. 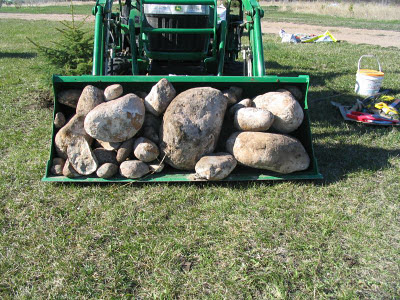 There you go!  Now you know all there is to feeding a rabbit.  I hope you've found this useful.  I've searched around on the net and haven't seen a similar approach, so I think I'm on to something pretty novel here.

What's that you say?  This has nothing to do with feeding rabbits?  Au contraire, mon ami!  Take a look at the trees we planted last year.  These trees used to have branches right down to the ground.  Thar's good rabbit food, I must say. 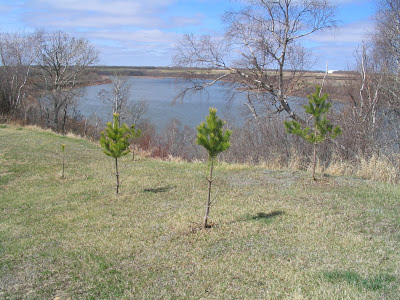 Anyhoo, enough about rabbits.  Faithful readers of my blog (if there is such a thing) might be relieved to know that I have a couple things in the works now that fall has finally arrived.  I'll be putting in an order to Mouser Electronics tonight for another Davis Weather Station Hack, and I've been getting the odd batch of bread making in.  Things might still be sparse for the next month or so until I can clear a logjam at work (don't get me started!), but hopefully I can get back to making this blog semi-interesting again.

This post has been brought to you by HARE: Help A Rabbit Eat.
Posted by DeKay at 4:23 PM