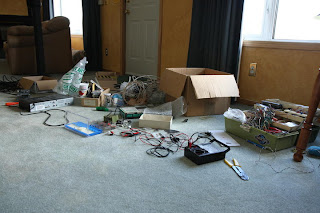 So for a style of cooking I wanted to try, I needed to build a box that can hold the temperature of a water bath extremely accurately. So first, I needed to scrounge up a few things from my tickle trunk. Note that there is a Hayes 1200 baud SmartModem (circa 1985 or so) in there somewhere. Back then, they were a buck a baud. Of course, I didn't actually pay that. My cheating-ass girlfriend at the time got it for me as a gift. Only good thing I got out of that relationship, come to think of it. But I digress. 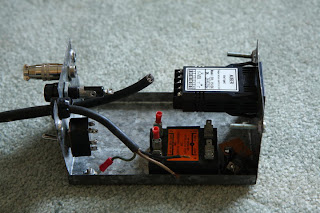 This is the box with the components in place but not wired up yet. There is something called a PID controller top right, and another thing called an SSR bottom middle. The tin box is something I built back around Grade 8 in Industrial Arts. Mr Drescher gave me a B. He always gave me (and everybody else) a B, even for the two story, 16 compartment birdhouse I built. But I digress once again. 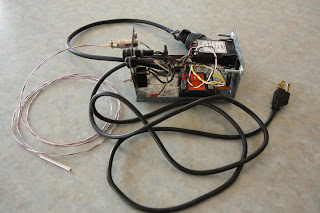 This is the box assembled and wired up. The temperature probe is coiled up on the left. For anybody who cares (as if), that is a Pt100 RTD probe that is accurate to about +/-0.15 deg C. I think the whole turned out pretty good. Would have been worth a B (yet another digression). 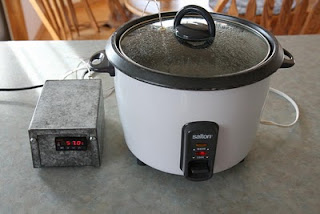 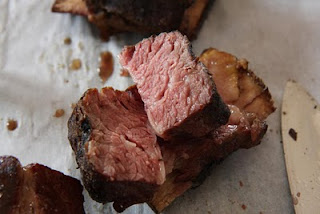 And these are the best ribs I've ever had. Rather than the rice cooker shown above, these were cooked in a slow cooker with a small pump used to circulate the water around and keep the heat even.


I'll get together a parts list and schematic for this bad boy up soon.